Pioneers and Innovators in 4K Technology

RGB Spectrum has been at the forefront of 4K product development since the launch of its SuperView 4K Multiviewer in early 2013. With the introduction of the nextgeneration MediaWall V and Galileo Display Processors and the QuadView UHD multiviewer and Zio networked AV products, the process of connecting, manipulating and processing 4K signals is greatly simplified.

These products are designed to input and output 4K signals via the HDMI 1.4 format. As compared to HDMI 1.3, which (in general) processes 1080p signals, HDMI 1.4 increases the resolution to 4096x2160 at 24Hz (for digital cinema) and 3840x2160 at 24 or 30Hz. In addition to HDMI, the Galileo and MediaWall V display processors also output signals in the DisplayPort format, allowing it to provide output signals up to 4096x2160 at 60Hz.

To the layman, this means a single-wire 4K connection to and from the display processor or multiviewer — obviating the need to split the 4K signal into four HD quadrants. 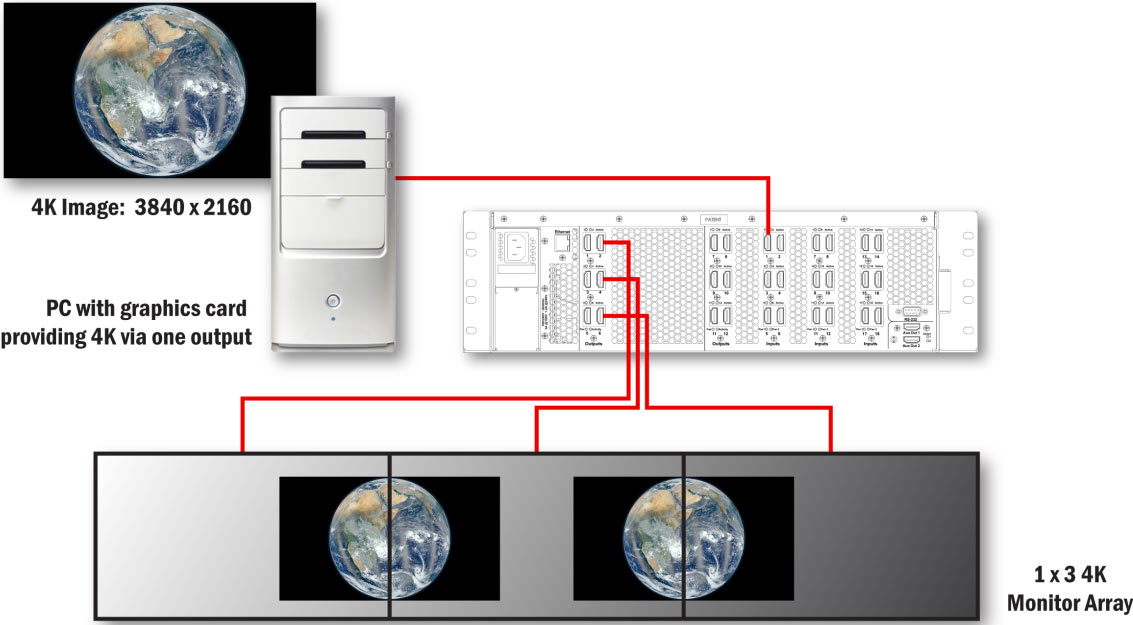 Beyond the display of 4K imagery, a big advantage of incorporating 4K-enabled systems into control room or audiovisual environments is having 8 megapixels of resolution. This allows, for example, multiple HD images to be viewed in their original, native resolution. RGB Spectrum’s MediaWall V and Galileo display processors, QuadView UHD multiviewer, and Zio Networked AV products support single-wire 4K inputs and outputs, as well as lower resolution input/output signals.