High definition (HD) resolutions (1920x1080) and DVI singlelink resolutions (1920x1200) have become commonplace — at home, on desktops and on video walls. However, the term “4K” requires some clarification, because “4K” and “UHD” have different meanings and correspond to different resolutions depending upon the vertical market. For the display market, UHD means 3840x2160 (exactly four times HD), and 4K is often used interchangeably to refer to that same resolution. For the digital cinema market, however, 4K means 4096x2160, or 256 pixels wider than UHD. 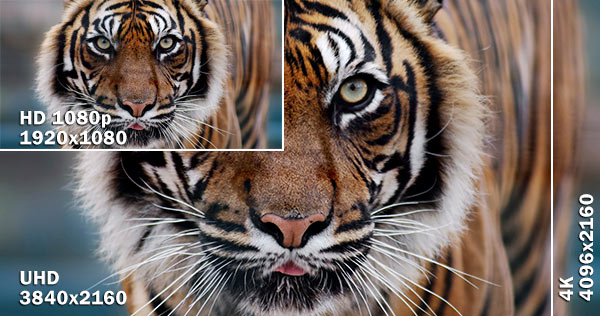 The choice of aspect ratio is determined by a film’s director and cinematographer, but the DLP® (Digital Light Processing) chip inside most projector engines is designed to accommodate both of these resolutions — the wider “scope” and the taller “flat.”