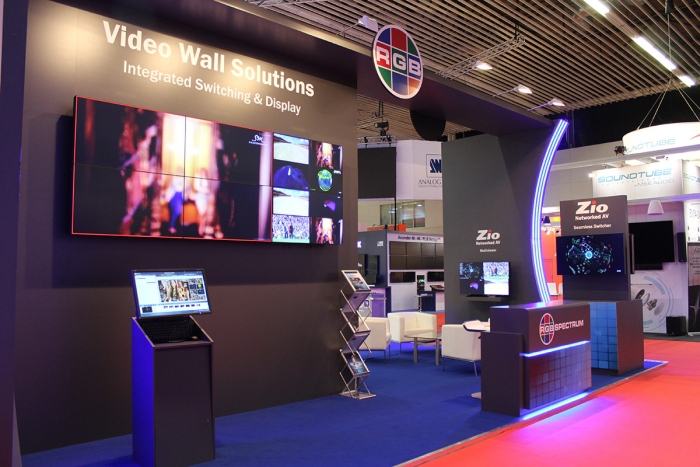 More than 73,000 people from around the world converged in Amsterdam for the 2017 Integrated Systems Europe (ISE) show in February. RGB Spectrum’s new Zio® Networked AV products, video wall processors and multiviewer products were on display.

Named “Best of Show” at its InfoComm 2016 debut, Zio encoders, decoders, and multiviewers provide simple scalability and ease of use through a unique peer-to-peer architecture. Zio networked AV is compatible with signal sources and displays up to 4K UHD resolution. It uses industry-standard 1G or 10G Ethernet switches. Encoders accept standard HDMI video and audio signals from media players, computers, and other sources; decoders drive displays. Video, audio, and control data are converted to IP packets that can be switched and routed to any location on the network.

Attendees were impressed by the integration of Zio products with RGB Spectrum’s award-winning MediaWall® V and Galileo video wall processors and QuadView® UHD multiviewer. Zio encoded IP streams can be decoded directly on the Galileo wall processor. Signals distant from the processing equipment can be encoded, sent across the network and decoded for input. Outputs from a wall processor can also be encoded for remote displays providing the ability to duplicate or mimic any content on the video wall including the entire video wall.

To find an upcoming event near you, visit our EVENTS page.