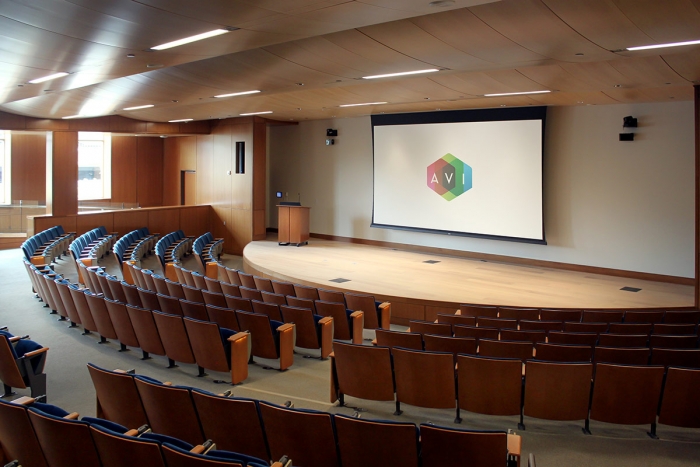 In recent years, Washington University in St. Louis has strengthened its impact and reputation by expanding facilities, recruiting top-notch faculty, and developing new and innovative educational programs. As a result, demand has surged for the educational experience provided by Washington University in St. Louis. Each year, over 30,000 prospective students compete for approximately 1,500 places in the freshman class. Enrollment has increased from 13,761 students during the 2009-2010 academic year to over 14,500 students.

Like most institutions of higher learning, Washington University in St. Louis understands that the most valuable commodity is time in class with a tenured professor. To meet the educational needs of the rapidly-growing student body, it is essential to leverage that commodity as much as possible. And, to ensure that a postsecondary education remains affordable and accessible to all who aspire to it, this must be done in the most cost-effective manner possible. To that end, Washington University in St. Louis’s Olin Business School has partnered with AVI Systems, a leading audio/visual, telepresence and broadcast systems integrator headquartered in Eden Prairie, MN, to provide ongoing technology renovations, upgrades and support for the facility’s technology infrastructure.

One example of this partnership at work is the recent expansion of the 102,000-square-foot Olin Business School. Over time, the school made significant investments in technology for each teaching facility to eliminate the need to move equipment from place to place. One of the goals of this project was to transform the existing A/V Control Room in the Charles Knight Executive Education Center into a centralized facility for managing and distributing educational visual content from a wide variety of sources to multiple facilities.

Other key project requirements were low latency in transmission, high performance, and the ability to support legacy, analog video formats as well as current technologies such as 4K/UltraHD, dual-link DVI and HDCP-protected content. To provide the foundation for a state-of-the-art, fiber-based video network, AVI Systems chose the RGB Spectrum Opto™ 320 Fiber Optic Matrix Switcher. The Opto 320 is the largest of a family of high-performance, non-blocking, modular matrix switchers that provide complete, end-to-end routing of video and peripheral signals over single-mode or multimode fiber optic cable.

AVI Systems deployed the Opto 320 in the Control Room. Source signals from each facility – which include an auditorium, learning lab, forum room, and several classrooms – connect to the Opto switcher in the Control Room via single-mode fiber. Each of sixteen Opto outputs is connected to an Opto Stand-Alone Receive Module (Model FS-R1M-AD) that converts the multimode fiber signal to copper (DVI) for display.

The DVI signals connect to an RGB Spectrum MediaWall® 4500 Display Processor for high-impact display on a 1 × 4 video wall that Control Room personnel can use to monitor network activity and resource usage. 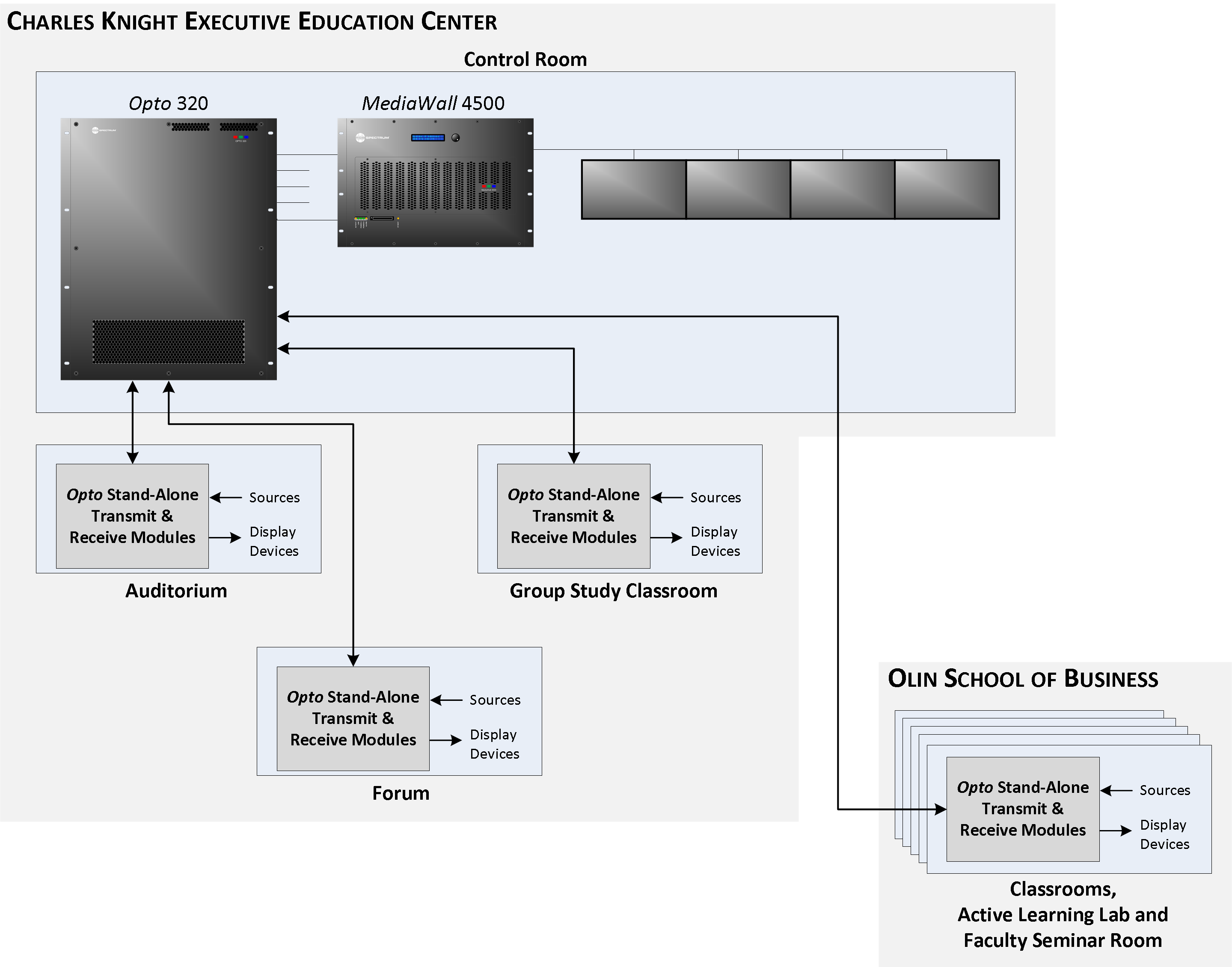 To provide a tactile user interface for controlling and routing both local and remote network elements, an AMX® control system ties everything together. 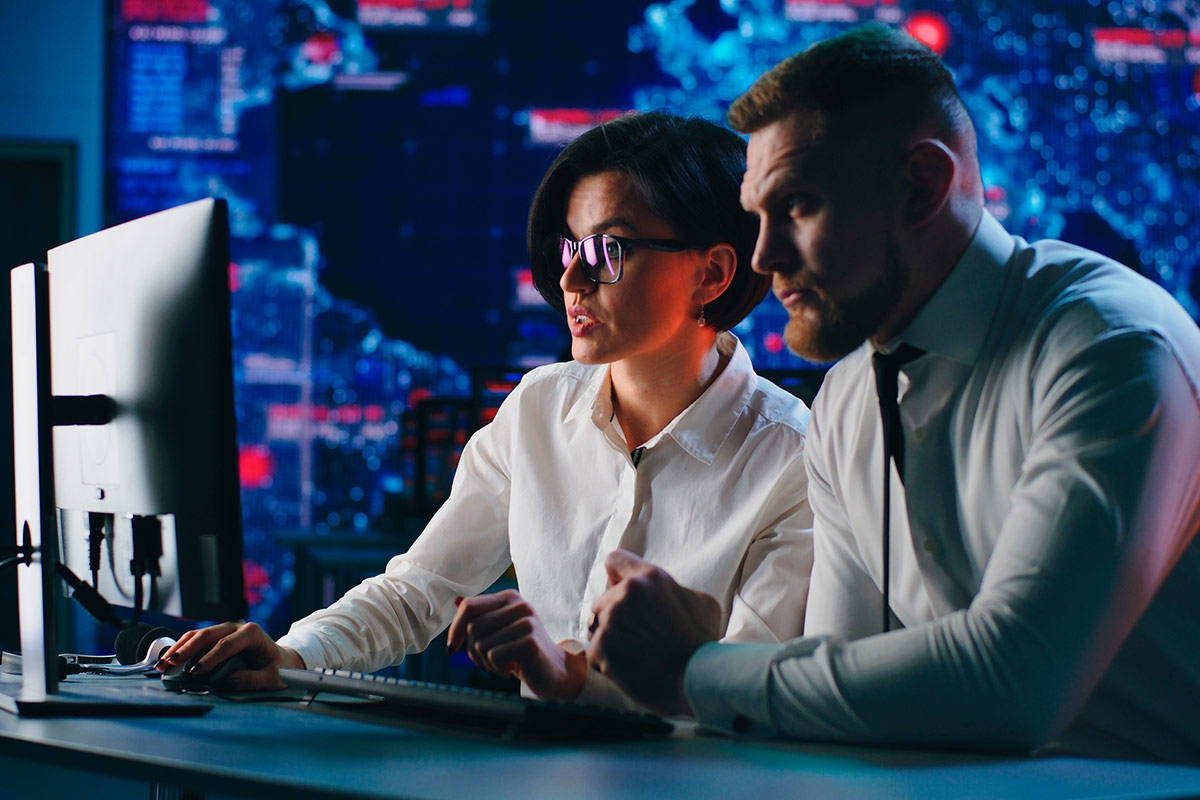