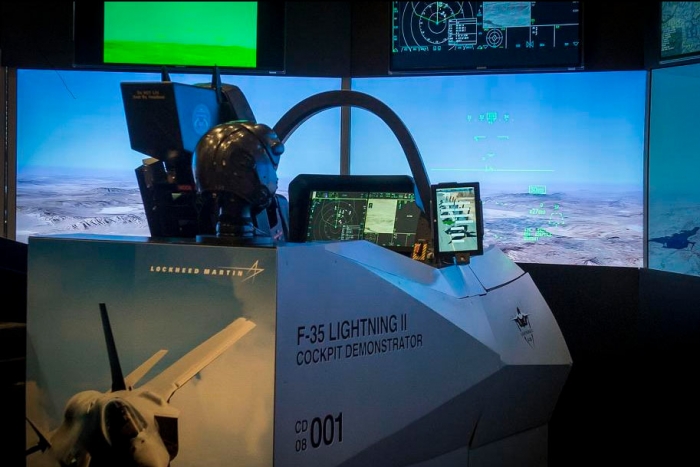 The DGy system is used in each of the simulator’s main components - the pilot cockpits, Instructor Operator Stations (IOS), and After-Action-Review (AAR) debriefing room as well as tie together the full simulation system. The codecs simultaneously stream and record all visuals and data the pilots observe during maneuvers, including avionics, navigation, out-the-window imagery, target acquisition, and weapons control. Streams are transmitted to the Instructor's Operator Station (IOS) so Instructors can view the visuals seen by pilots during the simulation. The codecs are also used in AAR debriefing rooms to replay the simulation and assess pilots' performance. 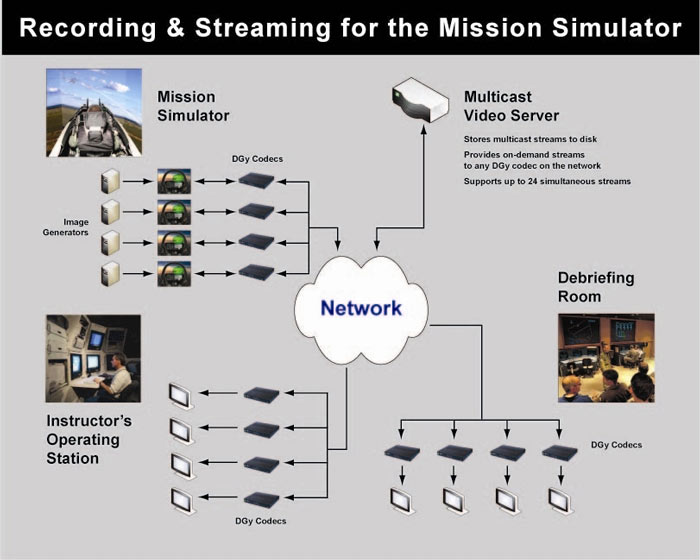 The DGy system is ideally suited to meet the FMS’s high-fidelity recording and streaming requirements. Its advanced JPEG 2000 compression provides visually-lossless reproduction of even the most intricate detail. During debriefings, instructors can use the codec’s frame-by-frame jog/shuttle and variable speed forward/reverse playback to enhance training exercise review with pilot crews. Event marks can be inserted during recording or replay to provide fast access to marked events. The mission-critical codecs include a failsafe recording feature which automatically protect recordings in a system failure.

Lockheed Martin delivered 134 F-35 aircraft worldwide in 2019, surpassing its goal. Lockheed's deliveries included 81 F-35s for the U.S., 30 for international partners and 23 for Foreign Military Sales (FMS) customers. The milestone marks a 47% increase from 2018 and nearly a 200% production increase from 2016. In 2020, Lockheed Martin plans to deliver 141 F-35s and will be increasing production volume year-over-year to hit peak production in 2023.