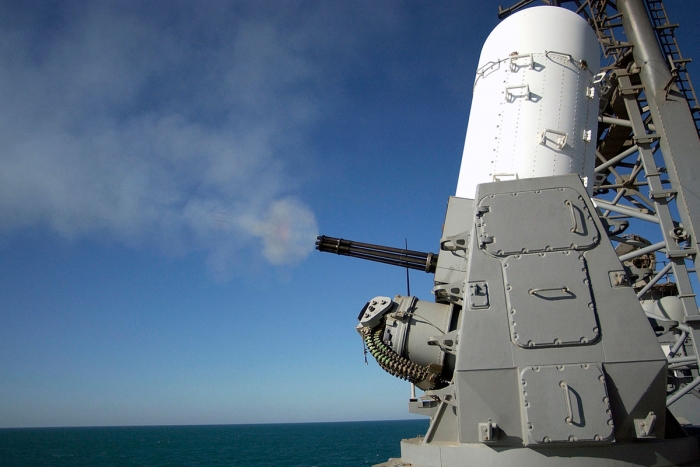 The expanding Littoral Combat Ship fleet is being outfitted with the most effective naval defense technology devised, the SeaRAM® Rolling Airframe Missile and Phalanx Close-In Weapon System (CIWS), manufactured by Raytheon Company. The SeaRAM Phalanx missile defense system provides the highest level of ship self-defense. It is designed to identify and destroy approaching supersonic and subsonic threats, such as cruise missiles, drones, small boats and helicopters.

Raytheon needed a solution that would allow the station operator to simultaneously view multiple disparate images from various sources in real-time on a single console monitor. One of the integration challenges was overcoming the limited space constraints in the operator console. RGB Spectrum’s ultra-compact VIEW 7000 integrated ideally into the console and fulfilled the system’s mission-critical display requirements.

More than 900 Phalanx systems have been deployed worldwide, with installations on all U.S. combatant ships and on those of 25 allied nations. The first LCS vessels deployed with Phalanx SeaRAM are the USS Independence and USS Coronado. 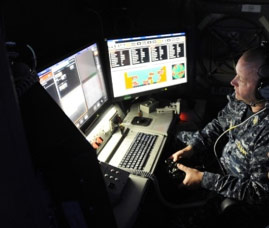 The FLIR integrates multi-spectral thermal detecting and target tracking ability into the system. The VIEW processor receives video from the thermal imager in a unique 1360 x 422 resolution, combines the various input signals, and resizes them to fit the resolution of the console monitor. Its advanced de-interlacing techniques provide excellent vertical resolution and motion characteristics. The VIEW 7000 gives operators the ability to see critical computer data superimposed over the thermal images.

The VIEW 7000 processor accepts up to twelve inputs and displays them on a single screen. Inputs can be video, FLIR, and high resolution RGB signals. Each window can be independently positioned, scaled to any size, overlaid with computer graphics or overlapped with other windows. Users can pan and zoom within each video image to emphasize a particular area of interest.