Lockheed Martin Aeronautics recently expanded its Test Mission Control Facility in Fort Worth, Texas to support the development of the F-35 JSF. The facility is equipped with an extensive array of visualization sources, including a total of 27 high-resolution workstations. Image content consists of dynamic maps with aircraft positional tracking overlays, avionics data, and critical safety-of-flight parameters generated from the IADS (Interactive Analysis & Display System). Additionally, aircraft tests are monitored using various flight line, hangar, hover pit, and aircraft on-board video cameras. Previously, only a single computer source could be routed to each of three projectors via a matrix switch or patch panel. With the installation of the RGB Spectrum® MediaWall 2000® video processor, up to twelve inputs can be displayed simultaneously, with images contained within user definable windows across a seamless screen fed by up to four projectors. Inputs include RGB, DVI, and SD and HD video sources at resolutions to 1920 x 1200 pixels.

Source image flexibility and the proven reliability of the MediaWall 2000 led to its selection for this mission-critical program. Ease of installation and image quality provided the high performance expected of RGB Spectrum products from day one of operation.

The MediaWall processor's embedded pipeline architecture dedicates a unique pixel processing path to each input, assuring that each signal is given the computing capacity for real-time display, regardless of resolution and frame rate. In addition, each input signal is totally isolated from the Ethernet and serial port, offering secure image processing.

Lockheed Martin Aeronautics Company, based in Fort Worth, Texas, is a leader in the design, development, systems integration, production and support of advanced military aircraft and related technologies. Its customers include the military services of the United States and allied countries throughout the world. Products include the F-35 Lightning II Joint Strike Fighter, F-22 Raptor, F-16, F-117, F-2 and C-5, C-130, and C-141 transports. For more information, visit lockheedmartin.com/aeronautics. 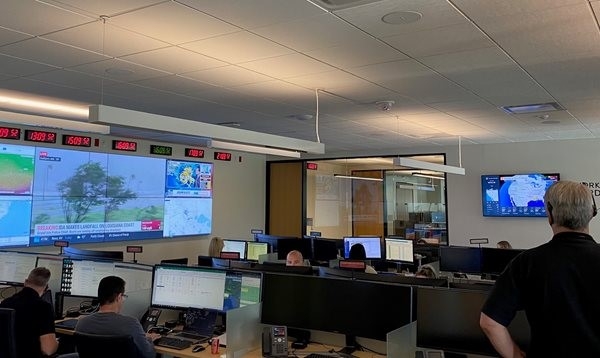