Located near Paris, France, is the City of "Les Mureaux". It is home to over 32,000 citizens and is a vibrant center of cultural activities, sports associations, theatre, feasts and festivals. And yes, even here, Homeland Security is a key facet of civil services. In an effort to improve security, a state of the art control room for the management of video surveillance has been installed. RGB Spectrum's technology partner AGELEC, designed in and installed MediaWall® 2000 dual display processors as the key visual display system in the facility.

Known as the Urban Supervision Center, the control room operates in conjunction with the municipal police, local and national public safety. The facility is staffed 24/7, monitoring street and highway activity.

The previous facility utilized individual monitors plus one multiviewer to display the camera feeds. AGELEC designed a display solution around three sections. As before, there are fixed LCD monitors for individual video feeds, a total of 50. The dynamic portions of the wall consist of two 2x2 arrays of larger LCDs, each powered by a MediaWall 2000 processor. Input sources include computer and composite video, RGB analog, and DVI over IP decoders, which carry the network video feeds. Maps are displayed in the background and camera feeds in windows relative to their location on the maps. A custom control application configures the display as new situations and events present themselves.

The embedded system architecture of the MediaWall 2000 and its deterministic performance create a display processing solution that operates as a single display surface even though it is made up of discrete elements.

Homeland Security is an expanding requirement in municipalities throughout the world. In France, AGELEC sees this as a real growth market. Following the installation of the Urban Supervision Center, Jean Michel Lanco, CEO, remarked, "We are very satisfied with the global result of this installation. It will be a great reference for us." 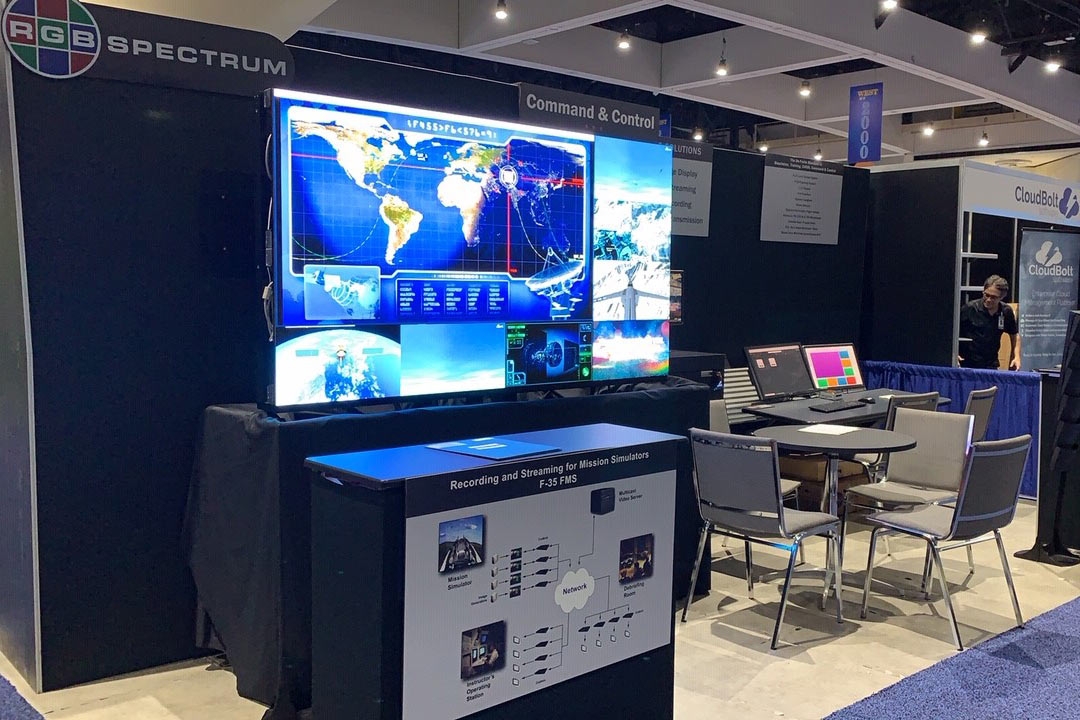