Rockwell Collins, the prime contractor for the U.K. Army's Aviation Command and Tactics Trainer (ACTT), was contracted to execute the sixth phase upgrade of this simulator. The upgrade was designed to provide advanced command and tactical training capability for the Army's helicopter pilots for operation in high threat environments.

The ACTT is a tactics simulator that provides training, mission planning, and mission rehearsal against a dynamic enemy in a virtual environment. Using real-world, high-fidelity databases created by Rockwell Collins, the ACTT allows students to experience simulated maneuvers and battles while instructors evaluate their performance. The system features an instructor station networked together with up to twelve student stations.

The Rockwell Collins EPX-50 image generator is at the core of the simulator, producing a myriad of complex, sophisticated visuals for the out-the-window scene and for the sensors feeding the integrated helmet and sighting systems. The DGy codecs perform synchronized recordings at up to 1600 x 1200 pixel resolution of the navigational, avionics, target acquisition and weapons control simulated imagery. Instructors replay the exercises with the aircrews in post-simulation classroom debriefings, where they can take full advantage of the DGy's versatile playback capabilities: event marking, instant random access, variable speed fast forward and fast reverse playback, and frame-by-frame jog/shuttle.

RGB Spectrum® is a leading designer and manufacturer of videographic and multimedia hardware subsystems. Products include the View™ family of video windowing systems, the RGB/Videolink® line of scan converters, the Linx™ DVI Matrix Switchers, the DGy™ digital recording system, Quadra® DVI universal scaler and synchronizer, SynchroMaster® keyers and overlayers and ComputerWall® and MediaWall® multi-screen display controllers. RGB Spectrum is based in Alameda, California, and can be reached at 510-814-7000 and on the internet at www.rgb.com. 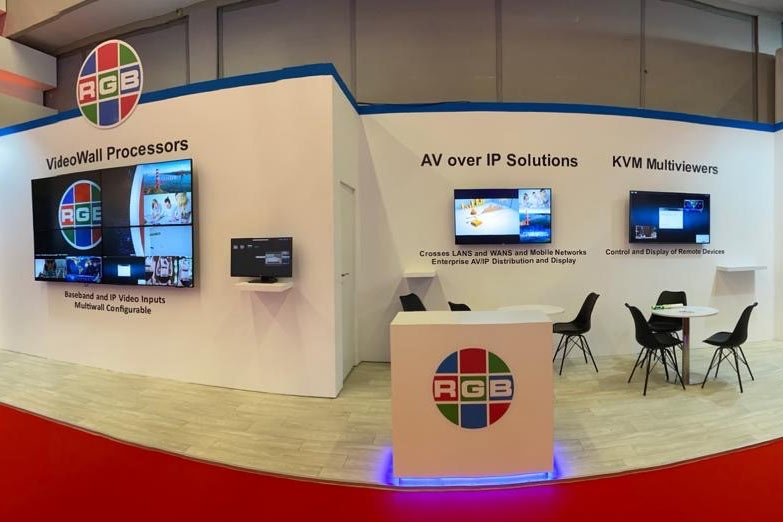